Her eyes are beautiful


Her eyes are beautiful. Most babies measuring 5ft would be considered big, but newborn giraffe, Margaret, at Chester Zoo, UK is seen as unusually small for her species. She is one of the smallest giraffes ever born at Chester Zoo but pint-sized Margaret will soon be an animal to look up to...aSh.

Little Margaret, who is the first female Rothschild giraffe born at the zoo, is being hand-reared by her dedicated keepers. The first calf for six-year-old mum Fay, Margaret, who was born two weeks early, tipped the scales at just 34 kilos (75 lbs) and is a mere 5ft tall.

Tim Rowland's, team leader of the Giraffes section, said: 'Margaret is one of the smallest giraffe calves we have ever seen. Fay isn't the largest of giraffes and Margaret was also early which might go some way to explaining her size. 'Margaret was having difficulty suckling so our keeping team are now hand-rearing her'. 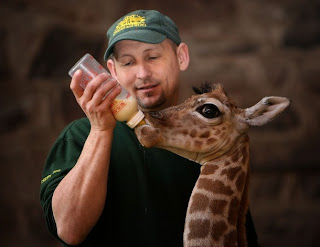 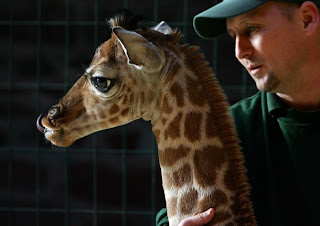 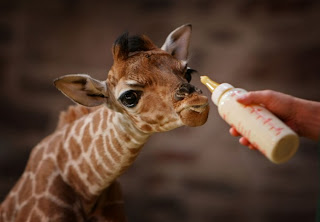 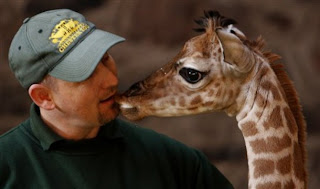 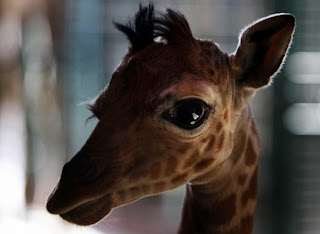 Posted by mama maman aka yana at 8:42 PM